You’ll be surprised to learn how YOU can Rule Congress

You have a Representative. For the first time in your life, I want you to imagine being his or her BOSS… 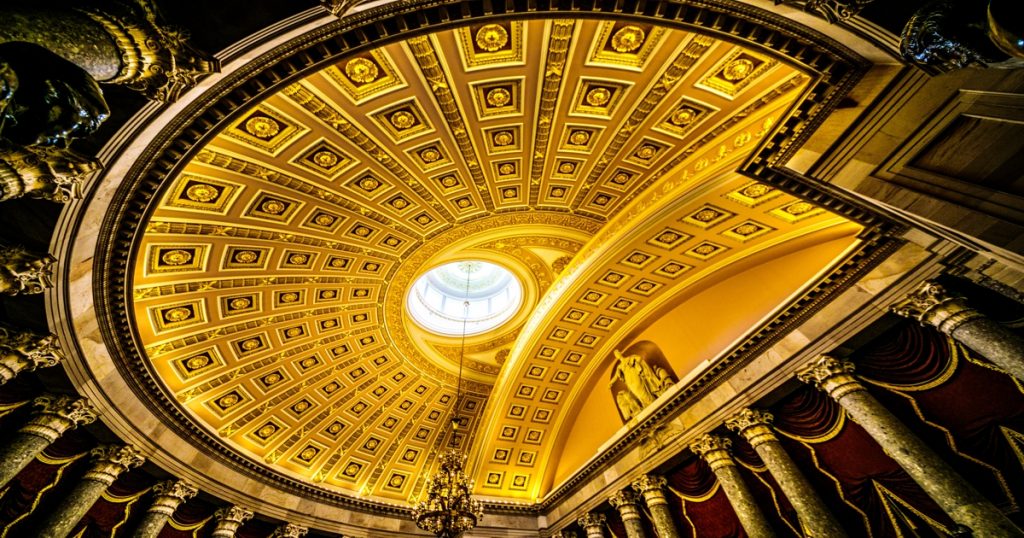 Downsize DC is not going to stop there. We’re going to help you recruit bosses for nearly all 435 Representatives. To win, you’ll only need half of these “reps” to be ruled by other Agenda Setters.

Once we’re ruling the House, we’ll move on to the Senate.

That’s right, I’m going to show you how to put yourself in charge of Congress! Let’s dig into this exciting yet simple new strategy.

It has four parts…

Let’s start with your mindset. For too long, we (the people who share your values) have expected to lose legislative battles. Our mindset has doomed us to defeat. But you know who doesn’t view things that way? Professional lobbyists.

They expect to win. They have a bag of tricks that give them confidence. We can use the same tricks. Their key tactic, the easiest one to duplicate, is OFFICE VISITS. Be happy, because you can win using the same tactic.

The movie “300” debuted in 2007. The plot was about 300 Spartans who fought off 300,000 Persian warriors at the Battle of Thermopylae. The story is mythic – fantasy, grounded in an actual event. The Persians had a huge, overwhelming infantry. But the Spartans were like special forces. These brave, skilled warriors chose a narrow passage for the battle, taking away much of the massive size advantage the Persians enjoyed. This small band cost 100 Persian casualties for every Spartan warrior lost. That’s serious leverage!

We can exert the same kind of leverage!

Voting is a battle on an open field. You didn’t choose the terrain. You will be outnumbered and overwhelmed. On the other hand…

Constituent visits to Congressional offices are rare. In fact, it’s almost always a lobbyist who makes the trek to meet with Representatives or their staff – almost never a constituent.

If you, as a constituent, visit your Representative’s office, you’re worth 100 voters!

Obviously, 100 votes still won’t change much. But what if there were 300 of you? What if, those 300 went in groups for 3, 5, or 6 at a time? What if, nearly every week, the Congressional office had to see another delegation of constituents just like you? The cumulative effect of all of those visits won’t be merely additive; it’ll be exponential! 300 constituents visiting might weigh as much as 10,000 or 20,000 votes!

It’s always been true that your letters matter more than your ballot. That’s why we provided you a system to send those messages, and you should keep sending them!

Your phone calls give you even more power than your letters. In other words, it takes fewer of them to have an effect. That’s why we’ve just introduced a tool that will make that tactic easy for you. It calls you, then connects you to your Representative and two Senators offices by phone. And if you want to beta test this new system, you can see that message and learn more on our blog. Let us know what you think.

You can and should combine these two tactics, routinely. But…

You should NOT visit the Congressional office, just yet! Because you need help.

We don’t want you to waste your time. Going alone, one-time, won’t have much impact.

Most people reading this know that already. That’s why they don’t do it. It’s rational to do nothing when doing something is unlikely to work. This is called “rational apathy.”

So if our plan was simply, “Go visit your Congressman,” hardly anyone would do it. And we wouldn’t blame them!

Options are contracts to secure a future opportunity. They’re used in real estate, the stock market, and in fundraising ventures like Kickstarter. In this last instance, everyone pledges to give but only once the fundraising goal has been met. But we’ve never seen the option technique utilized for social pressure.

We’ll recruit 299 other people to join you in your district. We’ll do the same thing in most of the other districts. But…

None of you will have to do anything until we have the 300 in place!

FIRST, we can’t rule Congress on dozens of issues at once (at least, not yet). We need to prioritize. Every issue we tackle will require its own group of 300. So we’ll start by focusing on just a couple of issues.

Second, you won’t rule your representative alone. You’ll go with a group of 3, 5, or 6 others. Wave after wave will make visits just like yours. There’s strength in numbers. Some of that strength is emotional. It will be far easier to make these visits, and more people are likely to sign-up if they know that…

My next message will tell you about a wonderful opportunity that’s come our way. We have a DC Downsizer who wants to advance two criminal justice reforms. He’s willing to fund our effort to advance these ideas – putting these issues in front of well-over a half-a-million people. We’ll use this funding to start recruiting our groups of 300.

To be as effective as possible, in those efforts, we’re about to launch our new “Agenda Setters by Downsize DC” website. It will be optimized for mobile use.

We’re kicking off this Agenda Setters era with a Founder’s club. Our new “launch club” will be called the Agenda Setting Founders.

You can become an Agenda Setting Founder!

Contribute
Help support the Agenda Setters with a one-time or monthly contribution.
Donate Now
Coming soon!
See the "300" Agenda Setters in your district
Don't subscribe ...
...to a boring, inbox-stuffing newsletter. Get more!
We never rent or sell your email address.
See our Privacy Policy

Downsize DC breaks through for you

How you can Rule Congress

ABOUT US
Agenda Setters by Downsize DC = DownsizeDC.org, Inc. a 501(c)(4) public education non-profit registered in Virginia and operating in Ohio at…